Getting To Know Our School Board Members 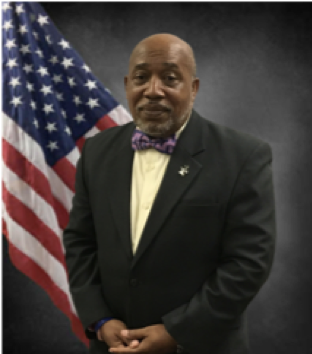 Captain Wendell Wainwright serves as Chairman of the FCPS School Board. He has represented District 2 for the past eight years and is now on his ninth term.
He holds the distinction of being one of seven school board members from across the state to be selected as a member of the All Tennessee School Board. Chairman Wainwright has also attained a Level V boardsmanship award through the Tennessee School Boards Association (TSBA), which is the highest level attainable. He was the first board member from Fayette County to attain either one of those achievements. Additionally he serves on the Tennessee School Board Association Board of Directors as Vice Chairman of the Constitution and Bylaws Committee, graduated from the UTM WestStar Leadership Program, and attended the TSBA Summer Law Institute.

He believes that Fayette County Public Schools should continue to foster a sense of community and service while reaching out to all stakeholders of Fayette County. His goals are to secure and maintain meaningful community partnerships, build a district-wide warehouse for FCPS, develop a much-needed athletic complex and field, and continue to seek resolutions to the 50 year-old desegregation case.

Chairman Wainwright takes his duty as a board member seriously when it comes to public education and has stated, “As a school board member, I believe it is my responsibility to ensure that every child of Fayette County is entitled to free public education. Preparation, along with choices, is the key to education for our students now and in the future.” Captain Wainwright believes fully in Fayette County Public Schools motto: Every Student. Every Day. 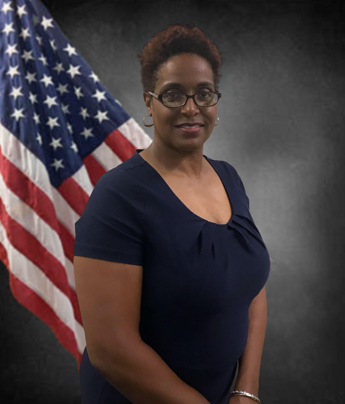 School Board Vice-Chair Civil Miller-Watkins is in her second term of serving District 2. Education has always been a huge part of Mrs. Miller-Watkins’ life. Her grandfather was Principal of Bolivar Industrial High while her grandmother was the Home Economics teacher. They modeled the value of getting a good education throughout their lives. She has eight children, two of which are still in the Fayette County Public School system. Mrs. Miller-Watkins strives to make certain every child and family receives a solid, well-rounded education.
Since arriving on the School Board, developing a Virtual School has been another educational opportunity that Mrs. Miller-Watkins has been working toward. Attending conferences and speaking with local, state, and national legislators are opportunities that she uses to further the goals of FCPS. Being an advocate for all students is her number one goal. Every Student, Every Day is more than words...it is her focus. Learning more about how public schools work, making certain funds are spent to support the strategic plan developed by the Board and creating pathways for our student's post-high school (college, trade school or right into the workforce) journey are driving forces that propel her to be a better informed and active School Board member for the county we live in.
Mrs. Miller-Watkins is active throughout the community and the schools and has been an instrumental part of the Community Pre-K Advisory Council, providing essential feedback to support the early learning program. She also wears many hats including: President of CWTechknowledgy, proud Boy Scouts of America advocate and current Chair of BSA Pack 27, Chair of the Fayette County Democratic Party, Secretary of the Tennessee Democratic County Chairs Association, Secretary of the Board of Fayette Cares, and Leadership Fayette Board member. She is also a member of the 2018 class of Emerge Tennessee, a 2019 graduate of the WestStar Leadership Program, and serves as a pastor under the leadership of Pastor Rosser at Lagoshen Baptist Church.
States Mrs. Miller-Watkins, “I am humbly serving as Vice-Chair of the Fayette County Board of Education and dedicated to making our Fayette County Public Schools the first, best choice!” 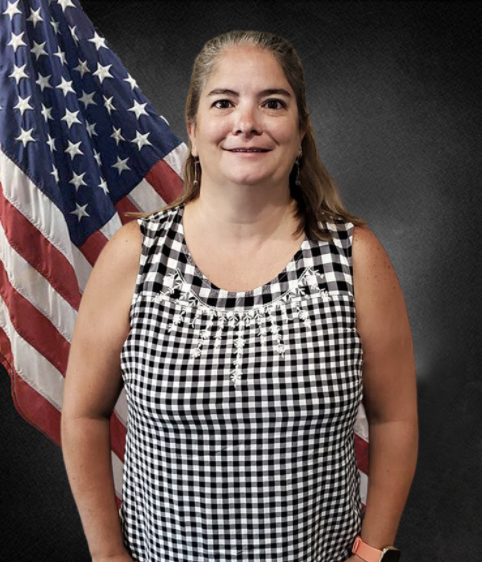 Heather Doyle is in her first year of service on the school board and represents District One and is our TLN Representative for the District. She is married and has two children, Everett and Sadie, who attend Fayette County Public Schools. Prior to becoming a board member, Mrs. Doyle stayed highly involved in the school system from the time her children entered kindergarten. She was actively involved in the PTO at Buckley-Carpenter Elementary serving as president, vice president, treasurer, and secretary. She has also served as the vice president of Fayette-Ware’s PTO. “I believe parent involvement is the key to success when it comes to a student’s education,” states Mrs. Doyle. Her goal as a board member is to increase the CCTE program. Her belief is that every child has a niche that may not be college but career-oriented and that all children should have every opportunity to explore the areas in which they would like to learn. 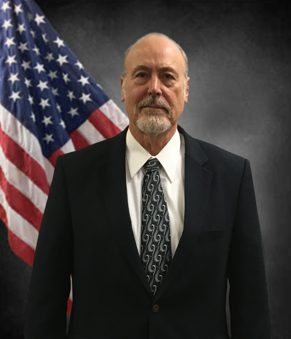 Mr. Tom Fleps has represented District 3 for four years and is beginning his fifth year. Highly involved with the school district, Mr. Fleps has worked with the Transportation Department to integrate GPS tracking devices on the buses and implement Parent Portal to enable parents to track bus location. He was also involved in the HVAC installation in gymnasiums, especially at Fayette-Ware High School. Security enhancements, including the addition of resource officers, were also an area of focus for Mr. Fleps. In the future, he would like to see an emphasis on vocational training, improved security including replacing antiquated bus cameras with high-tech camera systems, and local review of educational materials. As Mr. Fleps states, “Local control of schools and curriculum is tantamount to preserving community standards.” 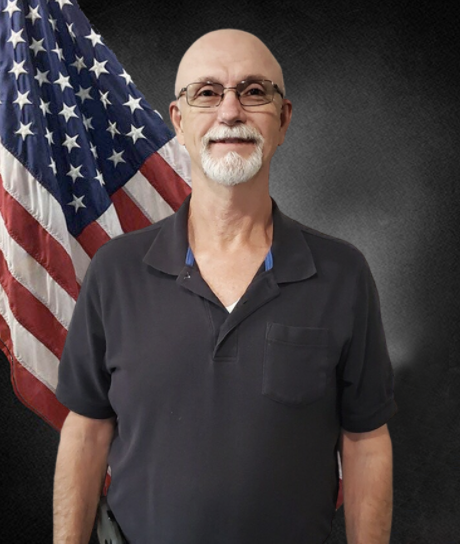 Fayette County Public Schools board member Jim Larkin represents District Two and is currently serving in his first term. He and his wife Linda volunteer and support many organizations throughout Fayette County in hopes that by doing so they can provide others with a better opportunity to improve their way of life and be of service to others. Some of the many organizations Mr. Larkin has volunteered with include Leadership Fayette, Fayette Cares, Fayette County Education Foundation, the Oakland and Fayette Chambers of Commerce, the Town of Oakland Parks and Recreation, West TN Veterans Home project and the Carl Perkins Center just to name a few. He is also a Veteran having served in the United States Air Force from 1969 to 1973. In 2019 Mr. and Mrs. Larkin were honored to serve as Grand Marshals of the Oakland Christmas parade. As Grand Marshals they dedicated the 2019 Christmas parade to all Law Enforcement and First Responders who protect and serve our community.
After gaining much knowledge from volunteering throughout Fayette County for many years, Mr. Larkin decided to run for the school board so he could use that knowledge to make a far reaching and positive impact for the community. “My desire was to be part of an organization that could make a difference for the children who attend the Fayette County Public School system. My thought was that if elected, I could help make sure everything we as a board did was for the betterment of the children while helping administrators and teachers create a safe, clean and professional learning environment.” 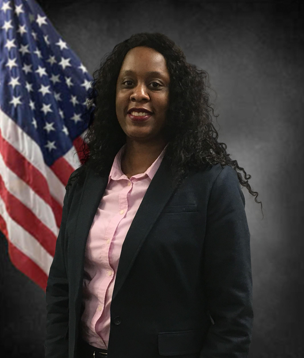 School board member Alisa Logan has served District Three since 2017. She is a wife and a mother to a two year old daughter. Although she was not raised in Fayette County, she is fully vested in the future of Fayette County’s children. “My role as a board member is to ensure that all children have the same access to education. I must make sound decisions when advocating for the children of this county,” says Logan. Mrs. Logan’s goal is for the district to maintain its Level 5 status while being innovative in building a system that meets all the needs of our children. She states that it is important to remain a good steward of financial resources while these goals are being met. 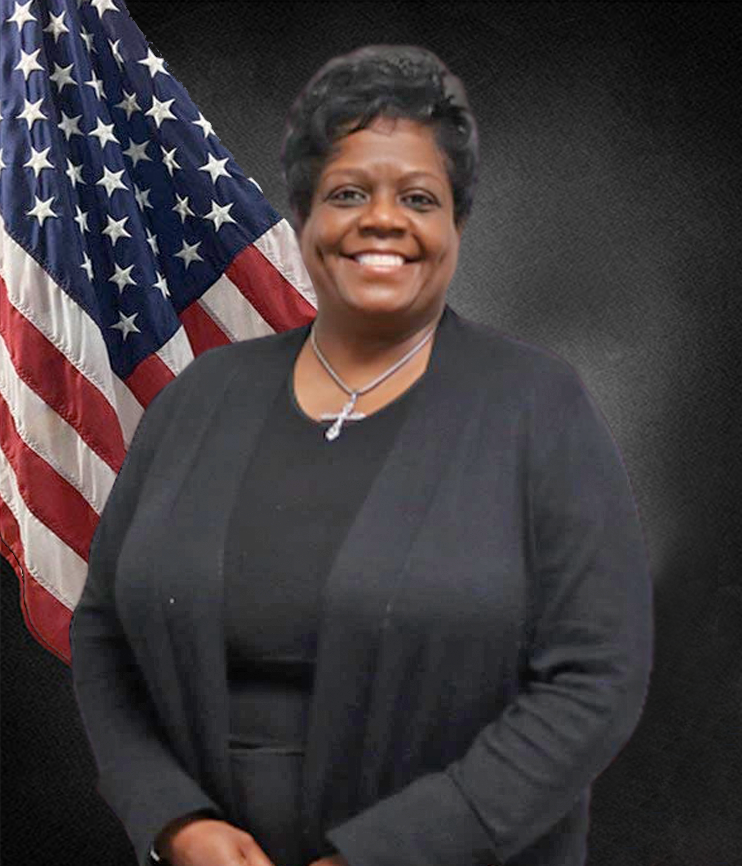 School Board Member Melanie McGuire is a graduate of Trotwood Madison High School in Trotwood, Ohio. She relocated to Moscow, TN in 1999 and began her journey in education. She dedicated 11 years to Fayette County Schools in many capacities but mostly loved her role as a Professional School Counselor. McGuire is the past president of Fayette County Education Association and she was a candidate of the SCORE TN Educator Fellowship program. During her free time, she enjoys spending time with her family, volunteering, and traveling. McGuire holds a bachelor’s degree in sociology from Wright State University, a master’s degree in secondary education from Union University, and her Ed. S. in administration and supervision from Freed-Hardeman University. She has been married to Timothy McGuire for 16 years and they have two grown children, Timothy Jr. and Ashia, who are both a product of Fayette County Schools. 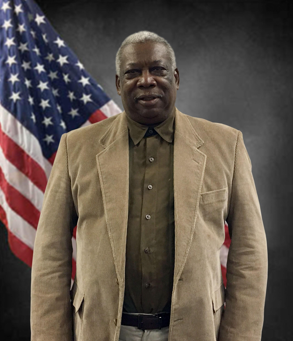 School board member Willie Odeneal represents District One and has served on the board for five years. He enjoys being visible in the schools during school tours and luncheons as well as attending large district events such as State of the Schools. A proponent of the community, Mr. Odeneal was instrumental in helping bring the community and churches into the schools with former superintendent Dr. Marlon King. He has a heart for not only the community but also every student. “I am a dedicated school board member. My main concern is educating all students and employing the best teachers to teach our kids. While doing this, I also want to save our taxpayers money,” states Mr. Odeneal. 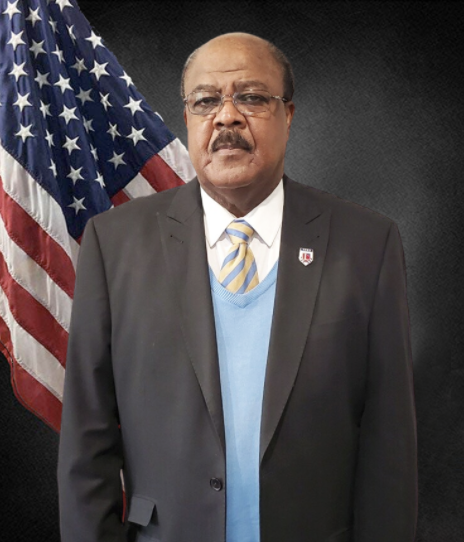 Myles Wilson is in his first year of serving District One as a school board member. He has a rich educational history in Fayette County stemming back to 1951 when he enrolled in Wirt Elementary School in Oakland. He graduated from Fayette County Training School in 1963 and began his teaching career at William Penn Ware High School several years later. His educational career has included various positions including teacher, coach, athletic director, assistant principal, principal, and superintendent of schools. While serving here in Fayette County, Mr. Wilson has held many leadership positions including president of the Fayette County Education Association and president-founder of the Fayette County chapter of the American Federation of Teachers. Highly involved in the local community, Mr. Wilson served on the Fayette County Commission for 28 years, is a board member of the Bernard Community Center, and is involved with the Fayette County Citizens for Progress, E-911 Board, NAACP, and the Memphis Health Center (Rossville) Dewitt Center. Mr. Wilson has a vested interest in the community and the people of Fayette County. “I sincerely hope that all families in School Board District One and the entire Fayette County community continue to be blessed. I’m hoping that all of those who have had heavy burdens this year have their load lightened. I see the future of education for our people to be very bright.”