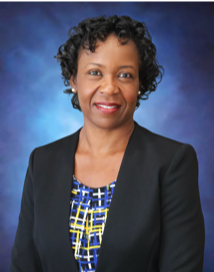 With over 25 years of educational experience, Fayette County Public Schools Superintendent Dr. Versie Hamlett has built quite an impressive resume’.

Her educational journey began in 1995, where she experienced a range of roles and responsibilities from classroom teacher to building leader. Beginning in 2011, Dr. Hamlett continued to transition upward quickly into supervisory positions in the Jackson-Madison County School System, including Supervisor of Elementary Education and Chief Academic Officer. During that time, Dr. Hamlett was also an adjunct professor at both Lane College and Union University. In a historical move in 2014, Dr. Hamlett became the first African-American and the first woman named as the Superintendent of Humboldt City Schools.

During her tenure as superintendent in Humboldt, Dr. Hamlett received state recognition for leading the Humboldt City School District to Exemplary Status in 2017. In 2018-19, 3rd-5th grades ranked in the top 5% in the state in science while East Elementary School was honored as a Top 5% Reward School in the state. A District-wide Accountability System was implemented under her direction and the district office received five consecutive years of exemplary financial audits. Active in the community in which she served, Dr. Hamlett was a board member of the Humboldt Rotary Club and the Boys and Girls Club of Humboldt and is a current board member of the United Way of West Tennessee as well as a member of the University of Tennessee at Martin Superintendent Advisory Council.

Dr. Hamlett is married to Mr. Melvin Ross Hamlett, Sr., Lane College’s former Vice President for Business and Finance. Stepping into a new role during a pandemic will be challenging, but Dr. Hamlett’s experience and expertise are key factors in helping drive decisions around student success in Fayette County Public Schools.